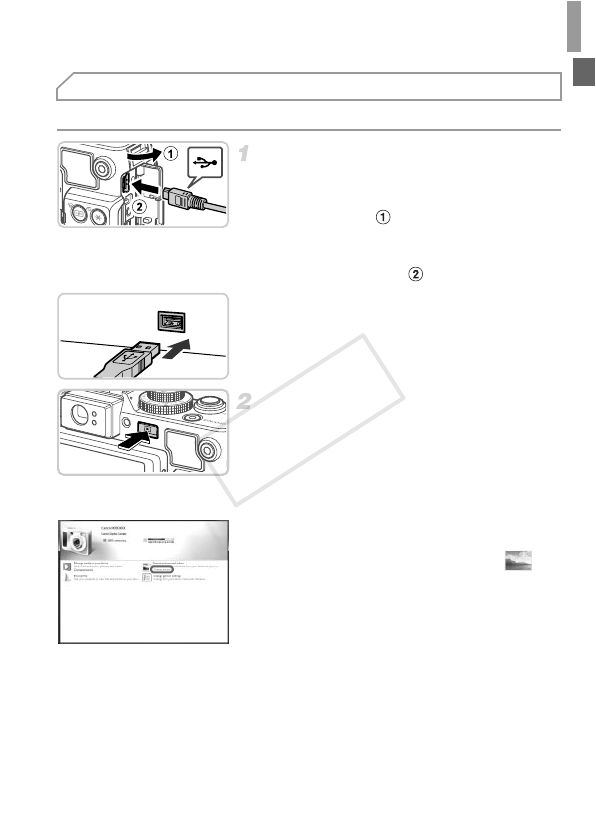 Included Software, PDF Manuals
29
Windows 7 and Mac OS X 10.6 are used here for the sake of illustration.
Connect the camera to the
computer.
z Make sure the camera is off.
z Open the cover ( ). With the smaller plug of
the included interface cable (p. 2) in the
orientation shown, insert the plug fully into
the camera terminal ( ).
z Insert the larger plug of the interface cable in
the computer’s USB port. For details about
USB connections on the computer, refer to
the computer user manual.
Turn the camera on to access
CameraWindow.
z Press the 1 button to turn the camera on.
z On a Macintosh computer, CameraWindow is
displayed when a connection is established
between the camera and computer.
z For Windows, follow the steps introduced
below.
z In the screen that displays, click the link
to modify the program.
Saving Images to a Computer
COPY