Out of 0 Ratings
Owner's of the Cobra Electronics Marine Radio MRHH350FLT gave it a score of 0 out of 5. Here's how the scores stacked up:

Owners of the Cobra Electronics Marine Radio MRHH350FLT have given it a Reliability score of 0 out of 5.

When it comes to products, Reliability rates high in importance. Your Marine Radio’s ability to perform and maintain its functions during everyday use, as well as extreme use or under unexpected circumstances, is important when making purchase or repair decisions.

Owners of the Cobra Electronics Marine Radio MRHH350FLT have given it a Durability score of 0 out of 5.

How will your Marine Radio hold up over time and withstand the wear and tear of constant or long-term use? A product with strong Durability is a product that was made to last and provide a good ownership experience over it’s lifetime.

Owners of the Cobra Electronics Marine Radio MRHH350FLT have given it a Maintenance score of 0 out of 5.

Most Marine Radio owners intend to keep their Marine Radio in good working condition. Knowing up front if the Maintenance or repair of a product is easy or difficult can have a profound impact on your decision to make a purchase.

Owners of the Cobra Electronics Marine Radio MRHH350FLT have given it a Performance score of 0 out of 5.

Marine Radio's that are purchased and meet or exceed expectations usually share the trait of good Performance. Feeling that a product was worth the purchase because it does everything you expected, and does it well, is a clear indicator of a product that truly performs.

Owners of the Cobra Electronics Marine Radio MRHH350FLT have given it a Ease of Use score of 0 out of 5.

How hard is this Marine Radio to operate? If purchased, would tons of time be lost trying to figure out how it works? Simply put, Ease of Use is a measure of how easy a product is to use. Having this knowledge prior to purchase can help avoid buyer’s remorse. 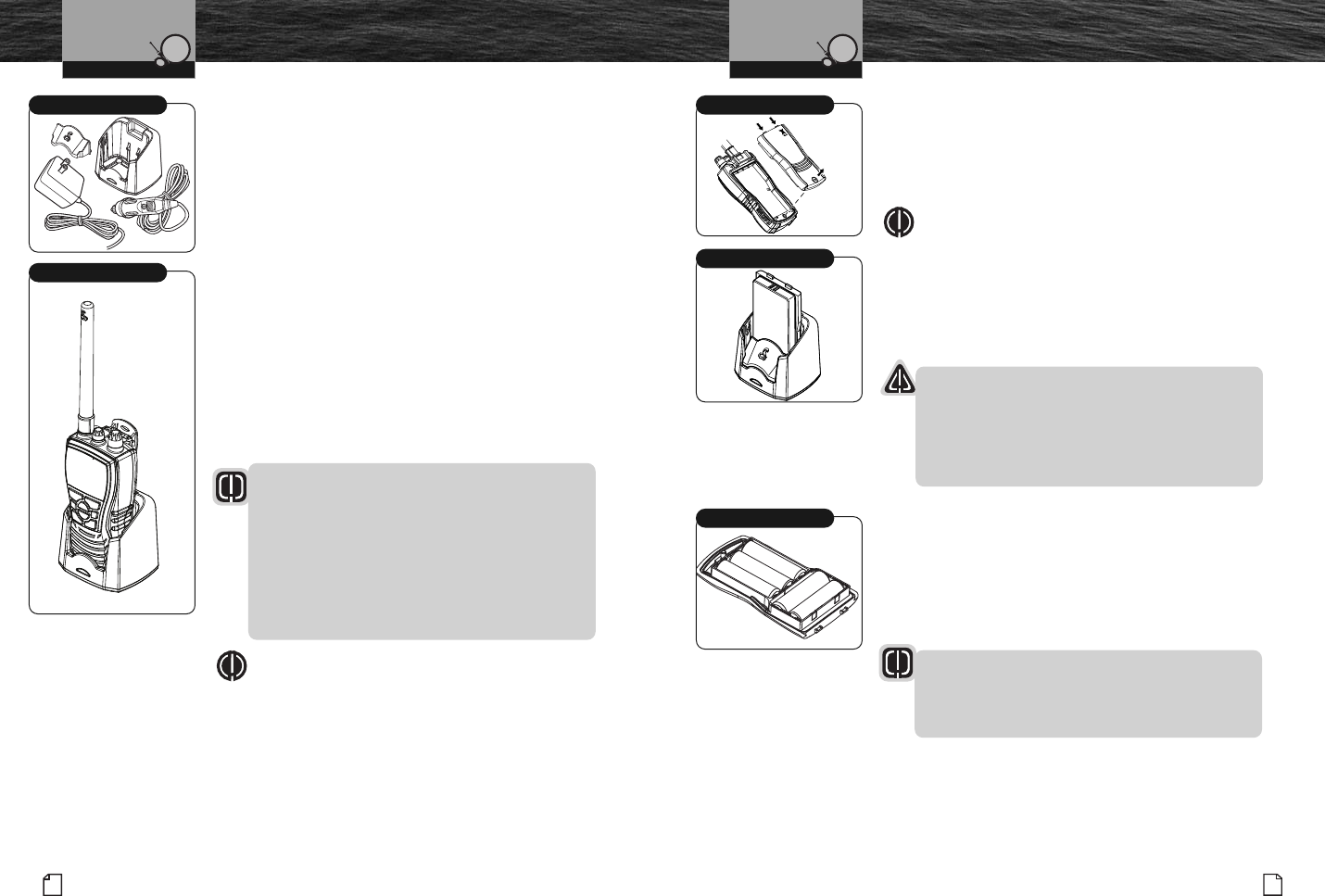 VHF Marine Radio Protocols
Installation
11
Nothing Comes Close to a Cobra
®
To Remove Battery Pack from Radio
1. Loosen the screw on the back of the battery pack.
2. Lift the bottom of the battery pack slightly to remove
it from the radio housing.
3. Pull battery pack out of the radio housing.
NOTE
The LiON battery pack can also be charged in the
battery charger without being installed in the radio.
Insert the spacer into the battery charger to support
the battery pack during this charging process. Follow
the same procedures in “Initial Charge” to charge the
battery pack.
NOTICE
Lithium-ion (LiON) batteries are toxic. Please dispose
of properly. Some marine suppliers and electronics
retailers accept old battery
packs for recycling and
some municipal waste disposal
agencies have special
provisions for battery disposal.
Alkaline Batteries
An optional alkaline battery tray (P/N CM 110-024) can be
purchased for this radio. The alkaline battery tray acts as
a backup or “Emergency” power source should the battery
pack run low on power and needs to be recharged. The
radio will transmit at full power when using five (5) new
AA alkaline batteries.
WARNING
Never attempt to recharge alkaline batteries. They are
not made to be recharged, and should be disposed of
in a proper manner.
Batteries and Charger
VHF Marine Radio Protocols
Installation
10
English
Batteries and Charger
Initial Charge
The Cobra-provided LiON battery pack may be charged at
home, in a car or in a boat using the appropriate 12V or
120V power cord with the charger.
1. Insert one (1) of the power cords into the back of the
drop-in charger.
2. Insert the other end of the power cord into the appropriate
12V or 120V power source.
3. Remove battery pack spacer from the charger and insert
the entire radio/battery into the charger. The metal charge
contacts on the battery will contact the mating prongs in
the charger to transfer the charging current.
4. Observe that the red light on the front of the charger
glows to indicate that the battery pack is properly seated
and the charger is operating.
5. Allow the batteries to charge for five (5) to six (6) hours
before use. The light will change back to green when the
battery is fully charged.
WARNING
Only the rechargeable LiON battery pack can be
recharged. You MUST use one of the charging devices
provided with this radio. Do not substitute any other
type of charging adapter or charger base for this
radio. Battery damage, fire or explosion may result.
It is equally important to prevent the lithium-ion
(LiON) battery pack from freezing to obtain best
performance from the battery pack.
NOTE
If the drop-in charger is used on a boat, Cobra
recommends you attach it to a horizontal shelf or
vertical bulkhead (using the screw holes provided)
to prevent possible damage due to the boat rolling or
pitching. The charging base has been designed to hold
the battery pack in place during rough sea conditions.
Remove Battery
Alkaline Battery Tray
Battery Pack Charging Only
Power Sources
Initial Battery Charge
350_VHF_Body_v8_MRHH330_ENG_Body 3/26/13 11:45 AM Page 10