Out of 5 Ratings
Owner's of the Sony Stereo Receiver ICF-SW7600GR gave it a score of 4.2 out of 5. Here's how the scores stacked up:

Reliability
4.6
Out of 5 Ratings

Owners of the Sony Stereo Receiver ICF-SW7600GR have given it a Reliability score of 4.6 out of 5.

When it comes to products, Reliability rates high in importance. Your Stereo Receiver’s ability to perform and maintain its functions during everyday use, as well as extreme use or under unexpected circumstances, is important when making purchase or repair decisions.

Durability
4.4
Out of 5 Ratings

Owners of the Sony Stereo Receiver ICF-SW7600GR have given it a Durability score of 4.4 out of 5.

How will your Stereo Receiver hold up over time and withstand the wear and tear of constant or long-term use? A product with strong Durability is a product that was made to last and provide a good ownership experience over it’s lifetime.

Maintenance 4.0
Out of 5 Ratings

Owners of the Sony Stereo Receiver ICF-SW7600GR have given it a Maintenance score of 4.0 out of 5.

Most Stereo Receiver owners intend to keep their Stereo Receiver in good working condition. Knowing up front if the Maintenance or repair of a product is easy or difficult can have a profound impact on your decision to make a purchase.

Performance 4.4
Out of 5 Ratings

Owners of the Sony Stereo Receiver ICF-SW7600GR have given it a Performance score of 4.4 out of 5.

Stereo Receiver's that are purchased and meet or exceed expectations usually share the trait of good Performance. Feeling that a product was worth the purchase because it does everything you expected, and does it well, is a clear indicator of a product that truly performs.

Owners of the Sony Stereo Receiver ICF-SW7600GR have given it a Ease of Use score of 3.8 out of 5.

How hard is this Stereo Receiver to operate? If purchased, would tons of time be lost trying to figure out how it works? Simply put, Ease of Use is a measure of how easy a product is to use. Having this knowledge prior to purchase can help avoid buyer’s remorse. 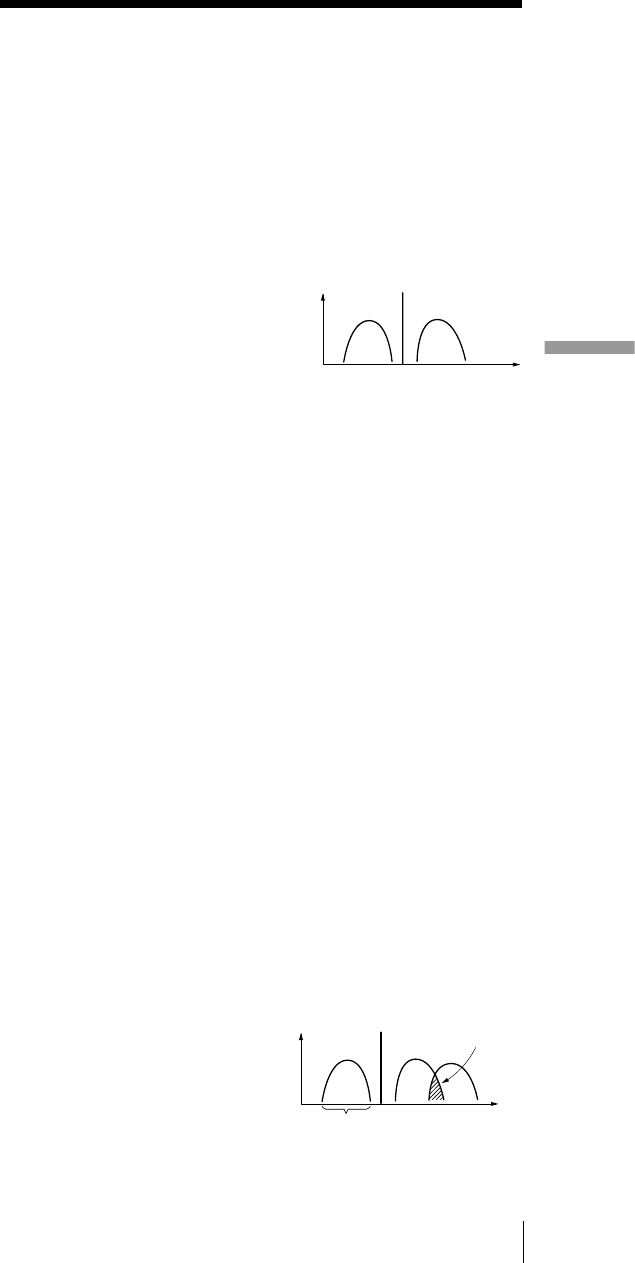 41
GB
Additional information
Tips on radio waves
What is SSB (Single Side Band)?
SSB is very popular among ham and business radio transmissions,
and is commonly used in many amateur bands because of its
superiority in signal intelligibility. Its impressive signal intelligibility
is achieved with minimum interferences when compared to DSB
(Double Side Band) owing to its half bandwidth structure.
In general, SSB transmissions employ the USB (Upper Side Band)
modulation, while amateur band transmissions below 10 MHz
employ the LSB (Lower Side Band) modulation.
Conventional radios without a BFO
(Beat Frequency Oscillator) circuit
cannot receive SSB transmissions
successfully. This unit can receive
SSB transmissions successfully with
the built-in BFO (Beat Frequency
Oscillator) circuit.
What is CW (Continuous Wave)?
CW is also popular among ham and business radio transmissions.
Unlike other signals, the amplitude of a carrier is not modulated for
CW transmissions. CW transmissions convey information by
interrupting the carrier and use Morse code as a means of
communication.
This unit can receive CW transmissions successfully with the built-in
BFO (Beat Frequency Oscillator) circuit as beat sound only. To fully
comprehend the information transmitted by CW transmissions, an
understanding of the Morse code is prerequisite.
What is synchronous detection?
There are two underlying obstacles in optimum AM reception:
distortions due to fading and interferences from adjacent broadcast
stations.
Synchronous detection is effective in solving these obstacles.
Distortions due to fading are generally caused by over-modulation
which occurs when a carrier component of the received signal is
attenuated along the way. The synchronous detection circuit of this
unit generates a pure carrier frequency with no level variation which
is ideally synchronized with the original carrier to compensate for
the attenuated carrier component, thus dramatically reducing
distortion.
Likewise, AM (LW, MW, and SW) broadcast generally employs DSB
(Double Side Band) signals for transmissions in which the modulated
signals are transmitted using both the upper and lower side bands
(USB and LSB). In most cases, one of the side bands is affected by
interferences from adjacent broadcast stations (i.e., beats). The
synchronous detection circuit of this unit extracts one of the two
sides (USB or LSB) of the DSB
(Double Side Band) signal which is
free from interferences. This allows
clear reception without the
interferences from adjacent broadcast
stations.
Only this side is received.
USBLSB
Carrier
Interference
LSB
USB
Carrier
Amplitude
Frequency
Specifications
Tips on radio waves