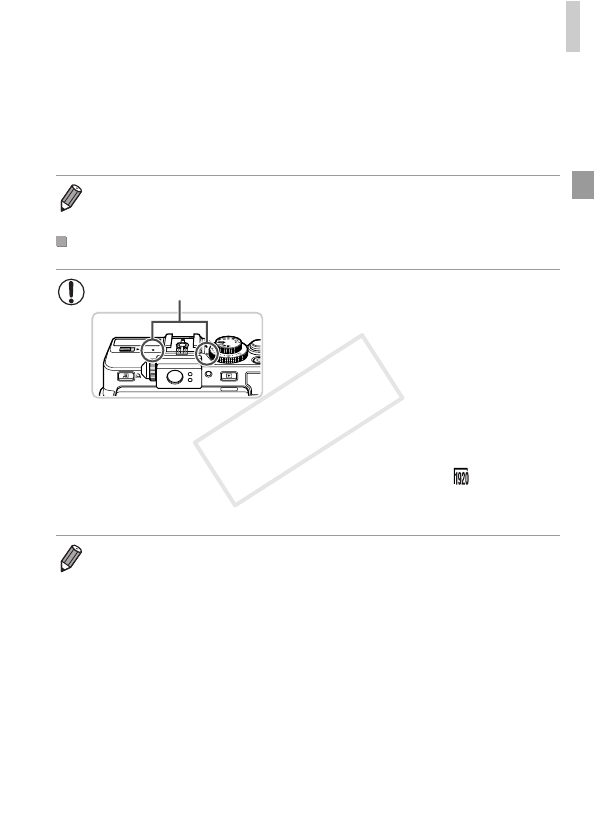 Shooting in Smart Auto Mode
47
• A blinking h icon displayed when you attempt to shoot indicates that
shooting is not possible until the flash has finished recharging.
Shooting can resume as soon as the flash is ready, so either press
the shutter button all the way down and wait, or release it and press
it again.
• The flash firing during shots indicates that the camera has automatically
attempted to ensure optimal colors in the main subject and background (Multi-
area White Balance).
Movies
• Before shooting a movie, lower the flash
with your finger. Be careful not to touch
the microphone when shooting a movie.
Leaving the flash raised, or blocking the
microphone may prevent audio from
being recorded or may cause the
recording to sound muffled.
• Avoid touching camera controls other than the movie button when
shooting movies, because sounds made by the camera will be
recorded.
• To correct suboptimal image color that may occur in movie
shooting (p. 60) after you recompose shots, press the movie button
to stop recording, and then press it again to resume recording.
• Audio is recorded in stereo.
Microphone
COPY